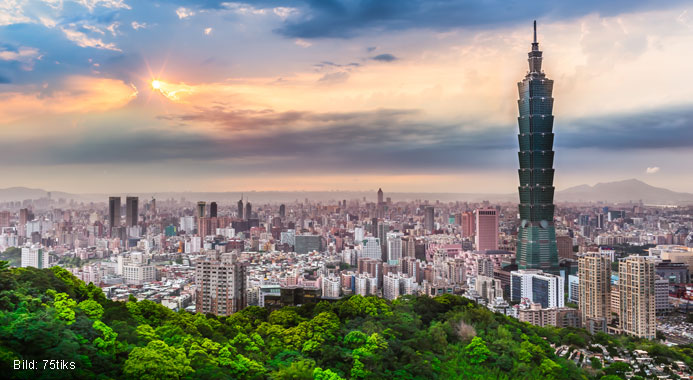 Asia hosted a WISC Global International Studies Conference for the first time in 2017. After Istanbul (2005), Ljubljana (2008), Porto (2011), and Frankfurt (2014), the fifth WISC Global Conference took place at the National Taiwan University (1-3 April) reinforcing WISC’s goals of deepening and enhancing the dialogue between North and South IR scholars as well as strengthening the network of IR national associations around the world.

Similar to previous years, the 2017 WISC conference in Taiwan had to compete with other international conferences taking place in Asia (such as ISA-University of Hong Kong) as well as in other regions, which resulted in a smaller number of participants (523) than previous WISC conferences (around 750 in Frankfurt). Nonetheless, participants in our conference in Taiwan came from more than 60 countries, and around one quarter of them were based came in the Global South. One of the strengths of our conference was to stimulate the IR dialogue in Asia with more than 100 registered participants from Taiwan, 38 from Japan, 38 from South Korea, and 14 from the Philippines. However, as expected, we had significantly fewer participants from China due to the current complications in the cross-Strait relations.

The 2017 WISC Global Conference in Taiwan was particularly significant for three reasons. First, while WISC had been an informal network of IR national associations for several decades, in 2016 member associations initiated a process which eventually, in early 2017, led to the formal registration of WISC as an association according to the Swiss Civil Code having its seat in Zurich, Switzerland. Second, the Sixth WISC conference in Taiwan sponsored five exploratory research workshops with a total of 58 participants, which produced a platform for in-depth discussions between junior and senior scholars coming from different continents and for starting new and innovative lines of research. Third, in line with WISC’s mission of expanding global and regional contacts among scholars, especially as far as the Global South is concerned, the local organizers strengthen the role of providing a large amount of funds for travel grants. Over 110 individuals from all over the world (and esp. from the Global South) could be supported in one way or another to attend the conference.

The conference itself demanded the active and professional participation of a variety of institutions and scholars. The organizing committee (OC) included Professor Gunther Hellmann (President, WISC), Professor Philip Yang (President, Taiwan Association of International Relations), and Professor Philip Hsu (Chair, Department of Political Science, National Taiwan University). Day-to-day organizational matters were primarily coordinated by Mark Weatherall of the Taiwan Association of International Relations. The program committee (PC) was initially led by Dr. Esra Cuhadar (Bilkent University) in collaboration with Dr. Roberto Domínguez (Suffolk University), Dr. Felix Rösch (Coventry University). Unfortunately, Dr. Cuhadar subsequently had to withdraw from the PC, and her place was taken by Dr. Maxime Larivé (University of Illinois at Urbana-Champaign). Beyond the 20 simultaneous sessions, participants in WISC 2017 convened in the plenary session featured a lecture by Professor Barry Buzan of the London School of Economics on ‘The Post-Western World Order: Assumptions, Rationales, Predictions’. Three semi-plenary sessions were also held with the topics ‘The Politics of Power and Balance in Asia’, ‘The Profession of IR in a Global Perspective’, and ‘Ontology, Agency and Politics after the Linguistic Turn’.

As a result of the formal registration of WISC as organization in 2017, the first Governing Board under the new constitution was elected at a General Assembly Meeting in the context of the WISC conference. The following individuals were elected: Gunther Hellmann, President; Roberto Domínguez, Executive Secretary; Karina Jędrzejowska, Treasurer; Arie M. Kacowicz, Officer; and Arlene B. Tickner, Officer. The main task of the new Governing Board will be to transform the informal WISC collective memory into a truly global professional network of International Studies. The daunting goal entails the creation and institutionalization of practices, the systematization of previous experiences and mechanisms to strengthen the global network of IR scholarship around the world in close collaboration with member associations. While this goal will produce tangible effects in the medium and long term, the immediate agenda will focus on selecting the best venue for the 2020 WISC conference, creating guidelines for more efficient and effective organization of our global conference and workshops, enhancing of the number of members, disseminating our activities to broader audiences worldwide and implementing resiliency as a working method to the institutionalization of WISC.