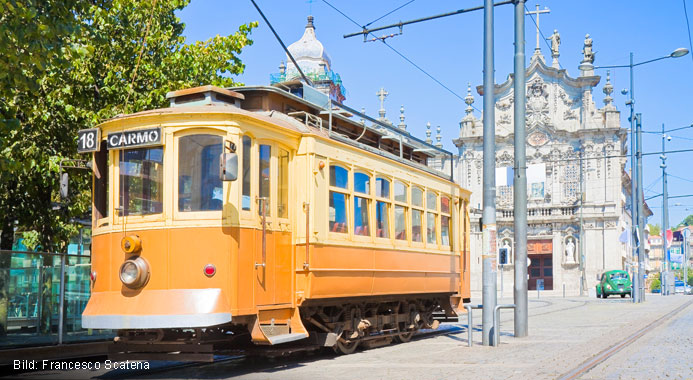 By now the WISC conferences are well under way. After Istanbul (2005) and Ljubljana (2008) the Third Global International Studies Conference in Porto paved the way to the upcoming conference in 2014.

In Porto there were some 830 participants on the programme coming from countries from all over the world. The conference was of course affected by the overall financial crises - especially felt in the academic community - which manifested itself in a somewhat smaller number of participants as compared to previous years. Nevertheless, the conference proved to be another intellectual success. Although this time WISC was not able to secure special funding for scholars from LDC from various financial institutions, WISC did manage to bring 26 individuals from 18 LDC to the conference from its own sources.

Porto is a world known historic city listed in the World Heritage Site of UNESCO. It is an amiable location where the exquisite Portuguese cuisine is only matched by the world famous local wine. It also has a very well-equipped University where the conference was held. The organization of the conference went smoothly, mainly due to the efforts of the local organizing team consisting of Nuno Valério (Technical University of Lisbon and president of APHRI), Rui Alexandre Novais (University of Porto) and Laura Cristina Ferreira Pereira (University of Minho). Of special attention was the excellent job done by the students of the University of Porto. The organization of the conference had also been backed by Tom Volgy, the Executive Director of ISA, the WISC Secretariat and ECPR. The Programme Committee was led by Fulvio Attina (University of Catania, Italy) who was joined by Mark Boyer (University of Connecticut, USA), Alejandro Chanona (National University of Mexico – UNAM), Heidi Hudson (University of the Free State, South Africa) and Sai Felicia Krishna-Hensel (Auburn University Montgomery, ISA-CISS). At the opening of the conference the key note speaker was Mr. J. Victor Angelo, former UN Undersecretary-General and Special Representative of the Secretary General (Peacekeeping Operations) while the guest speaker was Dr. Luis Amado, the former Portuguese Minister of Foreign Affairs. After the opening ceremony a reception was offered by Nuno Valério, President of APHRI.

At the conference there were lively discussions within more than 220 panels discussing what the theme of the conference has been: The World in Crisis: Revolution or Evolution in the International Community? Also, some Round Tables have been organized and of note was especially the Round Table on the State of the Art in IR with speakers Etel Solingen, Gunther Hellmann and Knud Erik Jørgensen. The intellectual exchange of ideas often kept participants on the campus long after the official program ended. Many more could be spotted in smaller and larger groups debating issues on various pleasant sites of the town of Porto. Days and nights were always too short for many.

The WISC conference 2011 was a success. However this success only stresses the original issue: how do we improve the functioning of the global international studies community? This goal should remain in the focus of WISC and hopefully another step forward will be taken at the next conference in 2014.